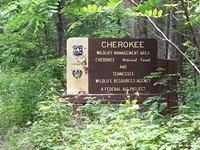 IronWoMan – Woman of Stihl.  No, not me; that would be the other one.  I had to wait and hold Clem (Delicate Flare and all) while she cleared brush out of the trail so Winston – Pocket Pony could get up the trail.  She’s pretty good at it too, but boy is she slow.  We tried not to complain but we failed.

We had a great and uneventful ride; we opted for the out and back rather than a loop.  The weather was fantastic.  There were a few spots where the horseflies were bad but overall, insects weren’t a big concern.  We didn’t see a single automobile, but did pass a horse & rider who seemed terribly unnerved by Scout, then by us.  They were both male so I didn’t waste time trying to figure out what the problem was.  Possibilities were endless and I had better things to fill my day, like riding.  The trail was VERY overgrown and poor Winston could barely find his way in several spots, but somehow we made it.

Here’s the pictures from the day.  I forgot about having my killer-camera, aka S3, with me until we were done.  Otherwise I would have taken more and hopefully BETTER shots.  Oh well, maybe next time.